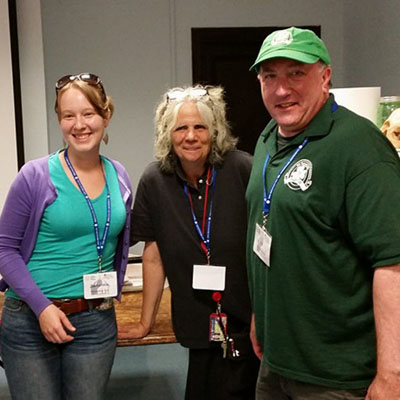 Janet is an Adjunct Professor of Anthropology at the University of Pennsylvania as well as the Curator-in-Charge of the Physical Anthropology Section in the Penn Museum. Janet joined Duffy's Cut in the spring of 2009, when some bones of the 57 Irishmen were discoverd. Janet and her team worked tirelessly on identifying the remains and piecing together the mystery that lay buried for so many years. Though the victims were originally thought to have all died from cholera in 1832, Janet and her team found evidence that they were actually executed out of the fear that they would spread the disease.

With Samantha Cox and Bill Watson at the University of Penn Museum. 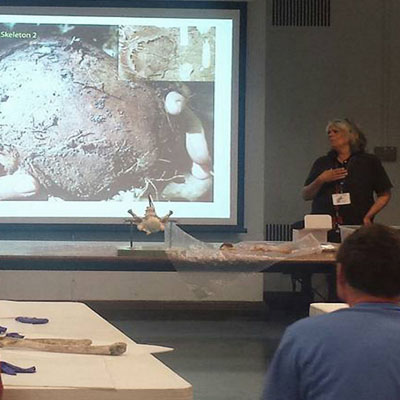 NEH Scholar visit University of Penn Museum for a course on Anthropology.